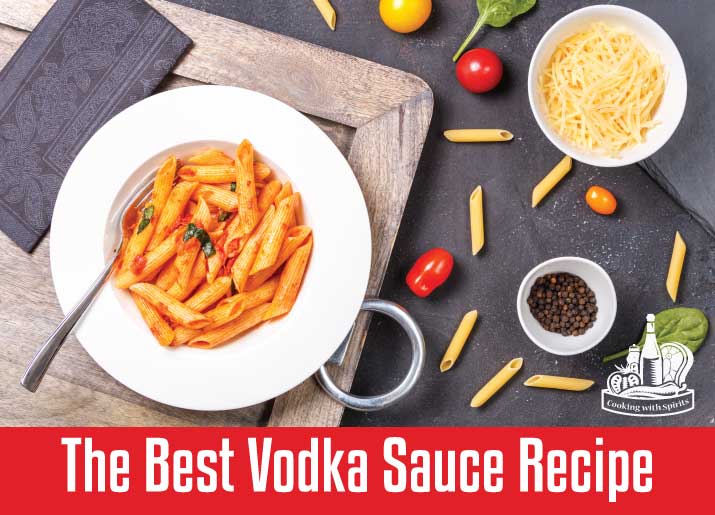 The Williams Sonoma Essentials of Italian cookbook states that it was invented in the 1980s by a Roman chef for a vodka company that wanted to popularize its product in Italy.

Along with the penne pasta, this dish generally contains cream sauce mixed with tomatoes or red sauce, which are a combination unusual in Italian cooking because the acidity of the tomatoes tends to make the oil in the cream separate.